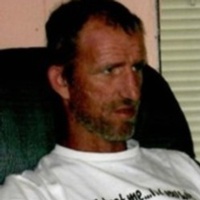 Todd was born on January 13th 1966 in Sleepy Eye, Minnesota to Benjamin and Marjorie Zieske. He was the youngest in the family. Shortly after his birth, the family had moved their permanent residence to Saint Peter. Todd attended Saint Peter schools until the 9th Grade. He was a self-employed handy man with no limitations on what he could work on. He was a competitive pfeffer player always ready to trump your card. He was a generous and kind hearted man, who would do what he could to help someone out. If Todd wasn’t busy with working on a project, you could always find him sitting outside on a nice summer’s day, in front of the house listening to the radio with a cold Milwaukee’s Best Ice in hand. If it was late in the evening, you could find him sitting in his father’s camper listening to music and watching the action going on in the trailer park. He often joked it was better than watching an episode of cops. Todd had a way to always see the good in life. He could lighten up the room with his usual smirk or famous response of “So What”. He was a proud son, brother, uncle and godfather and he will be greatly missed.

Todd is survived by his parents, Benjamin and Marjorie Zieske of Saint Peter; sister, Cindy (John) Brigan of Wrenshall; nephews, Jordan (Maria) Jonason of Belle Plaine, Justin Danberry (Amber Grecco) of Fargo ND, Brandon Melchart of Kasota, and Timmy Swenson of Wrenshall; brother, Brian Zieske of Mankato; uncle, Tom (Lynn) Zieske of Minneapolis, along with many other family and friends.

To order memorial trees or send flowers to the family in memory of Todd Michael Â Zieske, please visit our flower store.