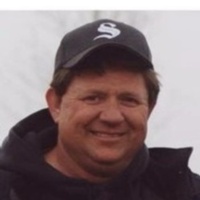 Chris attended Apple Valley High School and graduated in 1985. Chris graduated from St. John’s University with a degree in Business in 1989.

Chris began working for Mechanical Test & Balance in October of 1995 out of Maple Plain, MN. He was also a member of the Sheet Metal Local 10 Worker’s Union.

Chris was united in marriage to Cheryl on October 20th, 1995. Chris had two beautiful daughters Emily and Izzy. Chris was so proud of his girls and anyone who knew him knew about them and everything they accomplished. Chris could always be found at Emily’s soccer games or standing at the end of the track reading Izzy her splits.


Chris will be dearly missed by his wife Cheryl, his daughters Emily and Izzy, his mother Kathy of Apple Valley, his sister Missy Downs (Dave), their children Ally and Logan of Lakeville, his mother in law Bonnie Feneis of Kilkenny, all of Cheryl’s family, several nieces and nephews, his Uncle Richard Lambert and family of Morris, his aunts Margaret of Winona, Jane Lambert of Apple Valley, and Mary Ann (Beeps) Troness and family of Dellwood, his dog Harry and all his friends.

Chris is preceded in death by his father Henry, grandparents George and Marian Lambert and Clarence and Lorayne Lind.

The family is planning a private celebration of his life at a later date. In lieu of flowers, memorials are preferred to Emily and Izzy’s college fund. An account has been set up at Nicollet County Bank Attn: Emily and Izzy Lind College Fund 220 South 3rd Street St. Peter, MN 56082.

To order memorial trees or send flowers to the family in memory of Christopher Martin Lind, please visit our flower store.