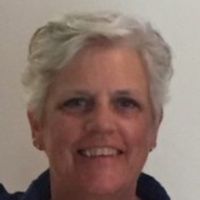 Peggy (Margaret) Carlson of St. Peter was born December, 1951 in Mankato to Paul and Catherine (Burke) Pfeffer. She passed away on November 17, 2018.

A memorial gathering will be held 3 p.m. To 5:30 p.m. Saturday, December 1, 2018 at the St. Peter Funeral Home with a private celebration of her life at another time.

She served as publisher and editor of the St. Peter Herald 1995 - 2009 during which time the newspaper won the prestigious Mills Trophy as the top weekly newspaper in Minnesota 1999-2000. She served on the MN Newspaper Association Membership Committee for several years.

After retiring from the St. Peter Herald, she went on to develop the Community Relations Department at River's Edge Hospital and Clinic. She retired for her second time from there in 2013.

Peggy lived by the motto that "St. Peter is a great place to live, work and play," and was actively involved in the community. She was a founding member of the Women Celebrating Women Committee since its inception, and was a proud recipient of the distinguished award in 2017. She was a past board member of the St. Peter Area Chamber of Commerce, having served for a total of 15 years where she served in several offices including president and treasurer, and was instrumental in launching the Business Education Committee. She and Gil helped organize and launch the July 4 parade in St Peter for over 20 years for the chamber. She served on the boards of the Arts Center of St. Peter, St. Peter Senior Expo Planning Committee, Community Liaison Committee at the Minnesota State Hospital, School-to-Work Consortium, St. Peter Public Library, Friends of the St. Peter Public Library, President's Advisory Council at South Central College, and Connecting Nicollet County Steering Committee, and served one year as its first Program Coordinator. She was also an active member of the St. Peter Lions Club and served many offices in the organization including president.

She was preceded in death by her husband Gil in 2015, her parents, her brothers Donnie and Bob, and her step-mother Arlene.

Peggy enjoyed making pottery, and she and Gil both enjoyed cooking, entertaining, gardening, and traveling together and took 73 trips during their marriage.

Written condolences or memorials may be given to the donors' choice and may be sent to Family of Peggy Carlson, 359 N Welco Dr., St Peter, 56082.

To order memorial trees or send flowers to the family in memory of Peggy (Margaret) Carlson, please visit our flower store.