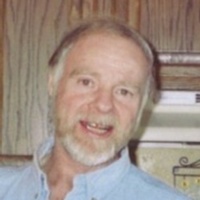 Donald Vogt passed away on October 9, 2018 at his home in Kasota with his family around him, after his courageous fight with ALS.

Memorial Mass will be 11:00am Friday, October 19, 2018 at the Catholic Church of St. Peter with visitation beginning at 10:00am. St. Peter Funeral Home is assisting the family.

Donald was born March 28, 1946 in St. Peter to John and Helen (Borsh) Vogt. He was a lifelong resident of Kasota. He attended school in Kasota and graduated from St. Peter High School.

His lifelong work was on his family’s farm in Kasota; the place that he loved. He was a member of the Army National Guard of Minnesota.

Donald was baptized, confirmed and married at the St. Mary’s Catholic Church in St. Peter. He enjoyed the outdoors, watching the wildlife in his backyard, classic country music especially listening to Willie Nelson.

He was preceded in death by his parents.

Don’s family would like to thank Dr. Charles Uhler, Melody and Francine for their kind and compassionate care for Donald during his fight with ALS.

To order memorial trees or send flowers to the family in memory of Donald Vogt, please visit our flower store.