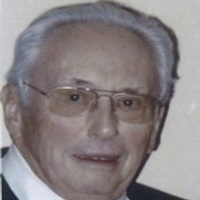 Memorial Service will be Friday, October 12, 2018 at 11 a.m. at First Lutheran Church in St. Peter. Visitation will be from 9:30-11 a.m. Interment will be at Forest Hill Cemetery in Owatonna, Minnesota. St. Peter Funeral Home is assisting with arrangements.

Clair was born December 16, 1930 in Owatonna to Neil and Myrtle (Peterson) McRostie. He graduated from Owatonna High School in 1948. Clair earned his Bachelor of Science degree from Gustavus Adolphus College in 1952; Master of Arts degree from Michigan State University in 1953; and Doctor of Philosophy degree from the University of Wisconsin – Madison in 1964. Clair married Ursula Schwieger in 1968 at First Lutheran Church in St. Peter. They were active members of First Lutheran Church and Clair was a member of the Masonic Lodge in St. Peter.

Clair had many accomplishments. He served as a professor of economics at Gustavus Adolphus College from 1958-1996. He was the chairman of the Department of Economics and Management from 1967-1984. Clair chaired the 1979 Nobel Conference. He was a Research Fellow of the Federal Reserve Bank in Chicago during 1962-63 and he shared a Blandin Foundation fellowship in 1990, studying the causes of small business failures in Minnesota. He was a Certified Financial Planner licensee and he was a registered investment advisor and member of the Institute of Certified Financial Planners. In 1954-56, Clair served in the United States Army as a special agent for Military Intelligence. These are just a few of Clair’s achievements.

Clair is survived by his wife of 50 years, Ursula; nephew, Rick (Helen); and brother-in-law, C. Robert (Ladonna) Schwieger. He is preceded in death by his parents and his brother, Richard (Virginia).

To order memorial trees or send flowers to the family in memory of Clair Neal McRostie, please visit our flower store.