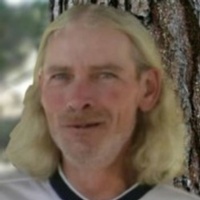 Gary A. Anderson, age 55 of Kasota, died on Thursday, September 27, 2018 at Mayo Clinic -St. Mary’s in Rochester.
Memorial service will be 10:00 am on Saturday, October 13, 2018 at St. Peter Funeral Home with visitation one hour prior. Burial will be at Kasota Hill Cemetery.

Gary was born October 16, 1962 in Sioux City, IA to Richard and Lillian (Pagel) Anderson. Through his life he lived in several communities in Iowa, Nebraska and Minnesota. Most recently he was in Kasota and worked for Le Sueur Incorporated. Gary loved the outdoors, hunting pheasant, sports and playing pool.

He is survived by his mother, Lillian; siblings, Donald (Shelly), Carol (Scott) Wilander, Richard Jr., Janet (Marvin) Peplau and Thomas; aunt, Mary Compart; uncle, Herbert Pagel; and many nieces, nephews and other relatives. He was preceded in death by his father, Richard Sr.
To order memorial trees or send flowers to the family in memory of Gary A. Anderson, please visit our flower store.