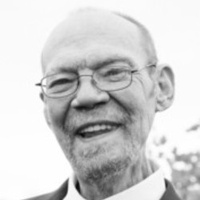 Memorial Service will be Saturday, September 15 at 12 p.m. at the St. Peter Funeral Home. Visitation will be two hours prior to the service, beginning at 10 a.m.

Al was born September 9, 1952 to Edward and Florence (Gleason) Mogensen in St. Peter. Al loved sports, especially the Twins and the Vikings. He instilled this passion into his two children by always supporting their athletic interests. He farmed and drove semi for the majority of his adult life until his health would no longer allow it. Al enjoyed working on the farm and spending time in the great outdoors. He enjoyed hunting, fishing, music, and socializing with friends. Al loved spending time in northern Minnesota at his parent’s cabin on Big Balsam Lake, north of Grand Rapids. While at the lake, Jimmy Buffett’s Songs You Know By Heart rarely left the stereo and you could find Al tending the grill, trolling for northern, playing Cribbage or shooting the breeze around the bon fire. This is where Al seemed most at peace. Al had a big heart. He was someone who would readily give you the shirt off his back if needed. He will be missed.

To order memorial trees or send flowers to the family in memory of Allen Edward Mogensen, please visit our flower store.