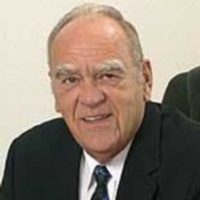 Funeral Service will be held at 11:00 a.m. on Tuesday, June 5, 2018 at First Lutheran Church, St. Peter with burial at Greenhill Cemetery, St. Peter. Visitation will be 5:00-7:00 pm Monday at St. Peter Funeral Home and will continue at 10:00 am Tuesday at church. Memorials may be given to Mayo Clinic Health System Hospice.

Zuriel Samuel Gault was born July 25, 1930 to Esther Highberg and Lorenzo James “Bink” Gault. He grew up in St. Peter graduating from St. Peter High in 1948. He attended Gustavus Adolphus College, graduating in 1952 with a BA in Music and Business.  After graduating from college, he served in the Korean War until September of 1954.  Sam was united in marriage to Theresa Brady on July 14, 1956 at First Lutheran in St. Peter. They made their home in St. Peter where Sam was the 3rd generation in the family business at Nicollet County Bank. With his father’s passing in 1963, he stepped in as bank president and chairman of the board until he retired.

Sam was active in the community, being involved with the Lions Club, the original Development Corporation of St. Peter, the Masonic Lodge, a past president of the Chamber Board, Economic Development Authority, was a charter member of the St. Peter High School Hall of Fame, member of the American Legion, VFW, and recognized as a pioneer 50-year Banker by the MN Bankers Association.  He was proud of his donation of land to the city for what is now known as Gault Park.  He enjoyed coin collecting, gardening, playing piano and saxophone and spending winters with his wife in Florida.

To order memorial trees or send flowers to the family in memory of Z. Samuel Gault, please visit our flower store.