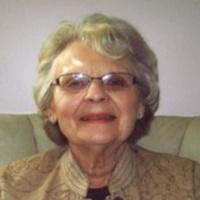 Chloris Carlson, age 91, died at home on Monday, April 9, 2018. Funeral services will be held at 11:00 a.m. on Thursday, April 12 at the St. Peter Funeral Home in St. Peter, Minnesota. Visitation will be from 9:00-11:00 a.m. at the funeral home. Burial will be at Kasota Hill Cemetery. Condolences for the family can be left at www.saintpeterfuneralhome.com.

Chloris Corrine Gunderson was born on April 9, 1927, in Kasota, Minnesota, to Gustaf and Alice (Crossfield) Gunderson. She attended public schools in St. Peter, Minnesota, graduation in 1944 from St. Peter High School as Salutatorian of her class. She attended Gustavus Adolphus College in St. Peter. From 1949 to 1958 she served as County 4-H Agent for Nicollet County (Minnesota) Extension Services.

Chloris married Orion Carlson on May 17, 1958, at the Kasota Presbyterian Church. The couple lived in Morris, Little Falls, and the Twin Cities of Minnesota, as well as Racine, Wisconsin, before moving to Ottawa, Illinois, where they lived for 41 years. In 2017, they moved back to Mankato, Minnesota.

In Ottawa, Chloris was a member of Trinity Lutheran Church in Ottawa and Christ the King Lutheran Church in Mankato, The Ottawa Symphony Guild, LaSalle County Farm Bureau, Cleng Peerson Sons of Norway, and Kiwanis Club of Ottawa and Mankato. For several years she was employed by Country Companies as a secretary and an insurance agent. Chloris was a devoted wife, mother, and grandmother.

Chloris is survived by her husband, Orion; daughters, Debra Sue (Joel) Stombres of St. Charles, Illinois and Mary Louise (Russ) Zuehlke of Mankato; three grandchildren: Adam, Jonathan, and Abigail Stombres of Illinois; and one brother, Clinton Gunderson of Kasota. Chloris was preceded in death by her parents.

Memorial gifts can be mailed to Orion Carlson 132 Belle Ave. Mankato, MN 56001 to be given to several charity organizations.

To order memorial trees or send flowers to the family in memory of Chloris Corrine (Gunderson) Carlson, please visit our flower store.