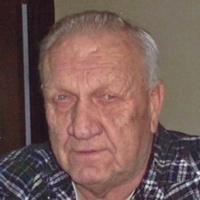 A visitation to honor Leonard’s legacy will be held on Tuesday, February 13 from 4-7 p.m. at the St. Peter Funeral Home – Klein Chapel.

Leonard was born on August 11, 1937 in Winfred, South Dakota to Dan and Viola (Edwards) Robb. He was baptized and confirmed at the Congregational Church in Winfred. Leonard graduated from Winfred High School in 1956. Leonard and Patricia (Shannon) were married on August 15, 1959 at the Epworth Methodist Church in Council Bluffs, Iowa. Leonard served in the United States Air Force for nine years, 1956-1965. He was a construction foreman for much of his career and he worked at Larsons Inc in St. Peter, Babcock Stone in Kasota, Komatz Construction in St. Peter, Empire Paving in Kasota, B.M.I. Construction in Faribault, and Geldner Construction in St. Peter. Leonard was very involved in his community and he served as Justice of the Peace in Kasota in 1966-67, in the Cleveland City Council in 1995, and he was the mayor of Cleveland from 1996-2004. Leonard was also a member of the Cleveland American Legion, Cleveland Sons of the American Legion, VFW in Le Center, and the Red Men Club in St. Peter.

To order memorial trees or send flowers to the family in memory of Ferris T. Robb, please visit our flower store.