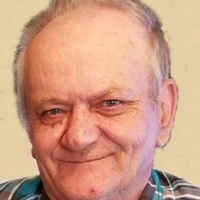 Jerome “Jerry” Joseph Iverson, age 69, passed away Thursday, December 14, 2017, at his home in St. Peter surrounded by his family after a short illness.

Mass of Christian Burial will be Wednesday, December 20 at the Church of St. Peter Catholic Church in St. Peter (1801 West Broadway) at 11 a.m. Visitation will be Tuesday, December 19 from 4-7 p.m. at the church and one hour prior to the service on Wednesday. Burial with military honors will be at Calvary Cemetery in Faribault following the reception after the service. St. Peter Funeral Home is assisting with arrangements.

Jerry was born in Faribault to Ralph and Evelyn (Trahan) Iverson on August 12, 1948. He joined the Navy in 1967 where on a leave he met his wife Freda Morneault; they married on August 19, 1969. Jerry worked for McQuay and Hewitt Roll-A-Dock where he retired in 2010. He enjoyed spending his free time farming and wood working.

To order memorial trees or send flowers to the family in memory of Jerome Joseph Iverson, please visit our flower store.