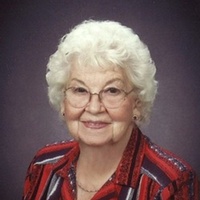 Funeral will be 11:00 am Tuesday, November 7, 2017 at the Church of St. Peter Catholic Church, with visitation one hour prior.  Burial will be at Calvary Cemetery in St. Peter.  St. Peter Funeral Home is assisting the family with arrangements.

Helen was born November 10, 1924 in St. Henry, Minnesota to Joseph and Helen [Moudry] Regenscheid.  She was a graduate of Cleveland High School.  She married Calvin [Kelly] Pettis on August 20, 1946 at St. Mary’s Catholic Church in St. Peter.  They farmed in Cleveland and Kasota Townships in Le Sueur County.   For a number of years, Helen was employed at the Red Owl grocery store in St. Peter.  In 1978 they moved to St. Peter and resided there until their deaths.

She enjoyed caring for her children and grandchildren, collecting antique china, playing cards and Scrabble.  Helen had many skills, including sewing, upholstering and refinishing furniture, oil painting, glass painting, and rosemaling.

To order memorial trees or send flowers to the family in memory of Helen Margaret Pettis, please visit our flower store.