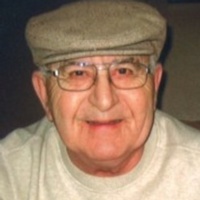 A Celebration of Life service will be held at 11:00 am on Wednesday, March 8, 2017, at Trinity Lutheran Church in St. Peter. The burial will take place at Greenhill Cemetery in St. Peter. St. Peter Funeral Home is assisting the family with arrangements.

Bob was always busy working. He was a milkman for Wettergren Dairy while in high school, then his senior year he was drafted into the Army National Guard. He owned Texaco Gas Station towing and repair. He then went on to open Von Essen Towing and Service until his retirement. He was an avid race car driver. He also enjoyed working on all of his woodworking projects both for the house and his yard. He loved putting up his holiday decorations for everyone to enjoy.

To order memorial trees or send flowers to the family in memory of Robert Von Essen, please visit our flower store.