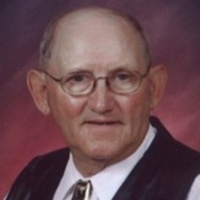 Richard “Dick” Weldon, age 83 of St. Peter passed away on Tuesday, February 14, 2017 at the Benedictine Living Community in St. Peter.

Funeral service will be 11:00 am Thursday, February 16, 2017 at First Lutheran Church in St. Peter with visitation one hour prior. Burial will be at Resurrection Cemetery, St. Peter. Memorials may be made to the Alzheimer’s Association. St. Peter Funeral Home is assisting with arrangements.

Richard Harold was born July 4, 1933 in Cambria to Harold G. and Ethel (Griffith) Weldon. He served in the US army during the Korean Conflict and was honorable discharged in 1961. He was united in marriage to Gwendolyn Drossel in Las Vegas and they enjoyed 61 years together. They lived in St. Peter where Dick was employed at various places as a mechanic and truck driver. He enjoyed fixing cars and fishing.

Left to remember Dick are his wife, Gwen; children: Deborah (Norman) Schmidt, Sandra (John) Trettel, Greg (Lori) and Jason (MacKenzie); 12 grandchildren; 14 great grandchildren; and many nieces and nephews. He was preceded in death by a son, Jeffrey in 1989 and 4 siblings.

To order memorial trees or send flowers to the family in memory of Richard Harold Weldon, please visit our flower store.