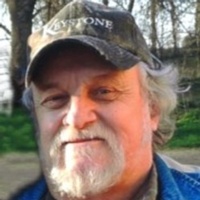 Dale Allen Sillman, age 68, of St. Peter, passed away unexpectedly at his home on February 11, 2017 after a courageous battle with heart complications.

Dale was born on December 8, 1948 in Canby to Donovan and Margie (Thompson) Sillman.  Dale grew up on the family farm in Canby with his sisters and brother.  Dale moved to Kasota in 1973 where he worked in construction and landscaping.  Dale enjoyed watching the Vikings with his family, hunting and fishing with family, playing cards with friends, speeding on the highway, and mostly dancing and singing with family.  His favorite color was purple, in every capacity.  He enjoyed socializing with the local community.  He was very charismatic, and had a contagious laughter that would bring happiness to those around him.

A memorial service will be held on Friday, February 17 from 4-7 p.m. at the St. Peter Funeral Home, with a private family burial following.

To order memorial trees or send flowers to the family in memory of Dale Allen Sillman, please visit our flower store.