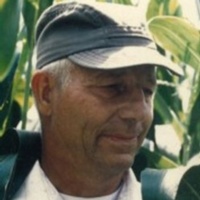 Memorial service will be 11:00 am on Friday, December 30, 2016 at Trinity Lutheran Church in St. Peter with visitation beginning at 9:30am. St. Peter Funeral Home is assisting the family with arrangements.

Roger was born December 1929 in Lake Prairie Township to William and Edna L (Oldenburg) Herberg. He was a 1947 graduate of St. Peter High School and continued his education in agriculture.  He was a Golden Glove Boxer; served in the U.S. Navy from 1949 to 1952 and spent 2 years in French Morocco and 1 year in Trinidad. He was a lifetime member of Trinity Lutheran Church. Roger married Leona Uphoff in Morris MN. Together they resided on the family farm and was a lifelong dairy and crop farmer and provided a loving home where he instilled promptness, humility and hard work.

Roger was always interested in the farm progress for himself and others. He was great to share the history of local farms and families. He spent much time traveling the country roads and found them to be one of the most beautiful places on earth. Roger gained the friendship of most people he met. There are few who can match his wisdom, kindness and quick wit. He thoroughly enjoyed coffee with friends where most world problems were solved. He treasured time spent with friends, family and family reunions.

To order memorial trees or send flowers to the family in memory of Roger Herberg, please visit our flower store.