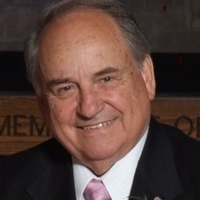 Richard Gene Stagg, 83, died at home on December 12, 2016. Visitation will take place from 5-7 p.m. on Thursday, December 15, 2016 at St. Peter Funeral Home in St. Peter. Funeral Service will be at 10:30 on Friday, December 16, 2016 at Sunrise Assembly of God Church in St. Peter.  Visitation at the church 1 hour before. Officiated by his granddaughter, Rev. Jill Moltumyr and Rev. Jerry David.

Richard Gene Stagg was born May 1, 1933 to Harold and Dorothy (McDaniel) Hawes in Bemidji, MN.  When he was 4, his mother re-married Archibald (Archie) Stagg. Archie was the father who loved and raised him.  His family moved to California where he graduated from Pomona High School. He played clarinet in the H.S. band and twice marched in the Rose Bowl parade.  Following high school he attended Southern California Bible College, graduating in 1958. While at SCBC he met the love of his life, Mary Kindall. They were married on November 9, 1956 and just celebrated their 60th wedding anniversary. They had two daughters, Joni and Lori.

Throughout life, Richard was always up for a challenge.  His many accomplishments include earning a BA music degree and receiving his minister’s license at SCBC. He managed restaurants until his move to Oklahoma in 1978. While there he earned his pilot’s license in his 40’s. In his 50’s he earned a Petroleum Engineer degree and successfully drilled over 100 oil and gas wells. After his move to St. Peter in 1995, while in his 60’s, he became licensed to sell Senior Insurance. However, his greatest accomplishment in life was his passion for the forgotten and downtrodden. His most successful, productive and rewarding years were the 17 years in his 60’s until he was 80, when he was doing jail and nursing home ministry. He faithfully visited Blue Earth, Nicollet and LeSueur County jails and nursing homes sharing his beautiful harmonica music and his love for Jesus.  Each Sunday would find him on his way to jail with a big pot of coffee, his bible and his harps. It’s hard to know how many lives were changed with his joyful, upbeat message of Christ’s love.

Memorials received will be given to Minnesota Adult and Teen Challenge in order to continue Dad’s ministry.

Special Thanks to caregiver and honorary daughter Delyla Martinez, Jodi Kmett and Mayo Hospice for helping us keep Dad at home until the end. You made it possible to fulfill his last request.

To order memorial trees or send flowers to the family in memory of Richard Gene Stagg, please visit our flower store.