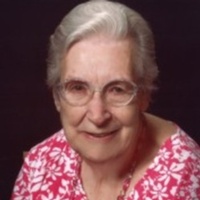 Margaret Ann Schneider, age 89 of St. Peter, died on Tuesday, May 24, 2016 at the Mayo Clinic Health System in Mankato.

Memorial service 11:00 am on Friday, May 27, 2016 at Union Presbyterian Church in St. Peter with visitation starting at 10:00 am. In lieu of flowers, memorials to the church or the American Cancer Society. St. Peter Funeral Home is assisting the family with arrangements.

Margaret was born on January 14, 1927 in Lake Crystal to Jens and Ula (Austin) Sorenson. She graduated from Lake Crystal High School in 1945. She was married to Dale Lamoreux and together they had three children: James, Richard and Eva. She then married Edward Schneider and they had daughters Lori and Lisa. She lived in St. Peter and was employed as a cook at Gannon’s Restaurant and later at the St. Peter Health Care Center in housekeeping. She was a longtime member of Union Presbyterian Church and enjoyed word searches, trips with the bank to various places, playing cards and spending time with her grandchildren and their families.

She was preceded in death by both husbands and son, James.

To order memorial trees or send flowers to the family in memory of Margaret Ann Schneider, please visit our flower store.