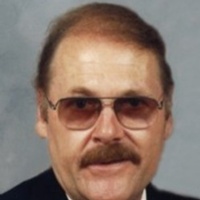 Eric was born on July 15, 1940 to Eldon and Dorothy Olson in Long Beach, California.  He grew up in Hollywood, California where he graduated from High School and completed two years of college.  Eric moved to Minnesota in the early 1980’s, where he furthered his education to become a chemical dependency counselor.  He worked for the State of Minnesota as a chemical dependency counselor until he retired in 1997.  Eric truly received joy in helping others turn their lives around in a positive, healthy way and took great pride in others’ successes.

Eric loved his family, and enjoyed seeing his sons and step-daughters all become successful professionals in the medical field.  He was very active with the youth sports his sons played, particularly hockey and soccer.  He took his children fishing and camping and fostered a love of the outdoors.  Always up on current events and politics, sometimes with strong opinions, Eric was a wealth of knowledge very appreciated by his family.  Eric loved dogs all his life and always had a dog by his side.  His best friend of many years, Owen the yellow lab, will have his ashes spread with Eric’s at their favorite places they used to walk.

Eric was preceded in death by his parents, Eldon and Dorothy Olson, his older brother Eldon Olson, a son, Eric, of California and several aunts and uncles.  He is survived by his wife, Rita (Andros Woolison), sons Andrew and Aaron of St. Peter, son Scott of California, step-daughters Melanie (Andros) Dixon and husband Drew from St. Peter, Katie (Andros) Harmes and husband Christopher of St. Peter, two grandchildren from California, and 5 step-grandchildren from St. Peter.

To order memorial trees or send flowers to the family in memory of Eric P. Olson, please visit our flower store.