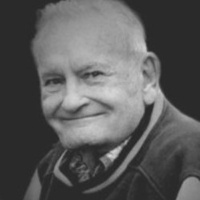 Funeral service is 11:00 am Saturday, May 21, 2016 at First Lutheran Church, St. Peter with burial at Bohemian National Cemetery, Montgomery. Visitation is Friday from 5-7 pm at St. Peter Funeral Home and 10am Saturday at church.

Franklin was born October 31, 1931 in Columbus, Missouri to Josephine and Clarence Pflaum. He was a 1949 graduate of Northfield, MN High School where he excelled in Football, Basketball and Track. He was a veteran of the Korean War. On January 10, 1953 he married the love of his life Donna Ehmke at St. John's Lutheran Church in Montgomery, MN.

For the first year of their marriage they lived in Fort Leonard Wood, Missouri. They moved to Minneapolis and then to Saint Peter. Franklin was employed by ADC Telecommunications of Saint Peter for over 30 years, retiring in 1991. He was a member of First Lutheran Church where he served as treasurer for many years. Frank enjoyed traveling with his wife and family. He particularly enjoyed visits from his grandchildren and great grandchildren.

Franklin was preceded in death by his wife Donna, his parents, one son in infancy, one sister and four brothers.

To order memorial trees or send flowers to the family in memory of Franklin Pflaum, please visit our flower store.