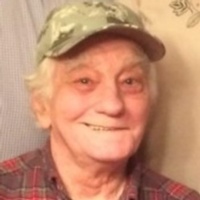 Service is 11:00 am Friday, April 29, 2016 at St. Peter Evangelical Lutheran Church, St. Peter with visitation at 9:00 am. Urn burial will be at Emanuel Lutheran Cemetery, rural Fairfax. St. Peter Funeral Home is assisting the family with arrangements.

Melford Wilbert was born on August 24, 1945 in New Ulm, MN to Clarence E and Ruth L. (Grewe) Kiecker. He attended Emanuel Lutheran – Wellington through the 8th grade and is a graduate of Fairfax High School. He then served in the US Army before his Honorable discharge in 1969. Mel farmed and later worked in manufacturing at Alumacraft and Norseland TriAg. He enjoyed fishing, deer hunting and time with his grandkids.

Left to remember Mel are his daughters: Laura Kiecker of St. Peter and Tara (John) Aure of Wasilla AK; grandchildren: Courtney and Corissa Olstad and Benjamin, Isabella and Abbagail Aure; Siblings: Lyle (Cheryl) of Burnsville, Orlin (Jane) of Fairfax, Karla (Terry) Chlebecek of Marshall and Nora (Wayne) Thran of Fairfax; and many nieces and nephews.

He was preceded in death by his parents; a brother, Norbert and nephews: Jordan and Nicholas Kiecker.

To order memorial trees or send flowers to the family in memory of Melford “Mel” Kiecker, please visit our flower store.