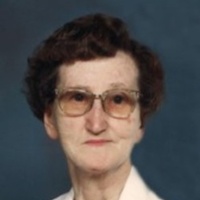 Funeral Service will be held 11:00 a.m., Thursday, January 21, 2016, at First Lutheran Church in St. Peter, with Rev. Alan Bray officiating.  Interment will be in Kasota Hill Cemetery.  Visitation will be 4-7 p.m. on Wednesday at St. Peter Funeral Home, and continues one hour prior to the service at the church on Thursday.  Memorials are preferred to Alzheimer’s Association.

GenaLee was born December 30, 1930, in Dell Rapids, SD.  She was the daughter of Patrick and Rose (Rieder) Burgett.  GenaLee was united in marriage to Samuel E. Sanford on July 6, 1957, in Sioux Falls, SD.  They lived in Sioux Falls until moving to St. Peter in 1962 and to Kasota in 1966.  GenaLee was a homemaker for her family.  She was a member of First Lutheran Church in St. Peter.  GenaLee enjoyed spending time with family and friends, music, reading, cooking, fishing, crossword puzzles, and most of all dancing with her husband, Sam.

She was preceded in death by her parents; husband, Sam in 2008; son, Michael Sanford; daughter-in-law, Diana Sanford; son-in-law, Donald Allen; and an infant sister.

To order memorial trees or send flowers to the family in memory of GenaLee Sanford, please visit our flower store.