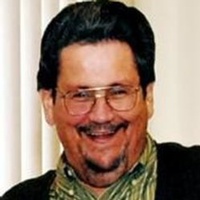 Roger "Squeak" Braam of St. Peter MN longtime resident and business owner passed away at the age of 64 on June 23rd, 2013 after a short battle with liver cancer. Roger was born on August 27th 1948 in Mankato MN to Peter A Braam & Shirley H (Guentzel) Braam. He attended Mankato schools including Mankato State and Mankato Technical College.

Squeak worked various sales positions in Mankato, Winona, and Minneapolis. He owned and operated Popeye's Bar in Rochester MN before moving back to Kasota MN where he then opened Shotguns Plus in 1991. In 1997 he moved his business to its current location in St. Peter. Squeak was a dedicated business man for over 20 years attending up to 47 gun shows each year. He was known as a staple by other dealers as well as attendees of these shows.

His passion in life included spending time with family and his many good friends. He especially enjoyed hunting and fishing, playing pool and bowling, cooking and grilling, the Minnesota Twins, the Minnesota Wild, Mankato Maverick Hockey, Traditional Country music especially Allan Jackson, movies and television as well as playing softball which he did for 35 years.

A private service is planned.

He spoke often about his family, the many friends and acquaintances that impacted his life. Thank you to all who helped fulfill Squeak's life with love and friendship. Please join us in a Celebration of Squeak's life being held on August 3, 2013 from 1-5 pm at the American Legion in St. Peter MN.

Condolences and cards may be sent to Shotguns Plus c/o Joie Bjork PO Box 6783 Rochester MN,55903 A fund has been set up to help offset his expenses, please make checks payable to 1st National Bank/Roger Braam fund.

The family and friends of Roger "Squeak" Braam which to extend our deepest thanks and gratitude to the staff at MCHS Mankato for their endless hours of care, Benedictine Living Community of St. Peter who embraced and supported us, and to Mayo Hospice especially Jenny and Chaplin Jacek Soroka who's compassion and guidance made this a peaceful journey.
To order memorial trees or send flowers to the family in memory of Roger Braam, please visit our flower store.