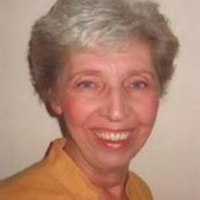 Judy Diane (Miner) Hanson, 70, of Norseland passed to her Heavenly Home on Tuesday, September 10, 2013 at Benedictine Community Living Center, St. Peter with husband Fred at her bedside following two strokes in the past five months.

Judy was active in Oshawa 4-H as a youth as well as a volunteer when her four children were members of Norseland 4-H. In high school she was on the yearbook committee.

A graduate of St Peter High School and Mankato State College where she had worked as a secretary in the Home Economics Department, Judy taught Home Ec at Nicollet High School and P.E. at John Ireland Elementary. Judy wrote articles for the St. Peter Herald from an Ag Viewpoint. She was a columnist for The Land Magazine and freelance writer for the Mankato Free Press and Rochester Agri News.

September 14, 1963, Judy was married to Fred C. Hanson, Jr of Norseland with their 50th anniversary coming up on Saturday, September 14, 2013 They continued to farm in Norseland area all these years. Judy and Fred remained active in Scandian Grover Lutheran Church where Judy served six years on the Church Council as well as numerous other committees. She was also an active member of Farm Bureau and was Ag Communicator of the year for MN Farm Bureau as well as involved with the Nicollet County and Minnesota Pork Producers Association and the Porkettes and Pork Council Women. Judy also served on the Nicollet County Historical Society board.

Judy was elected to the Nicollet County Board of Commissioners from 1995 through 2010 when she chose to retire. During her sixteen years on the board, she served on various committees including: Planning and Zoning, Sioux Trails Mental Health, Traverse de Sioux Library System and Minnesota River Valley. For the majority of those 16 years, Judy was the only female on the board. She was also chosen among the 20 people from Minnesota to be part of Mi-LEAD leadership group.

The family wishes to thank the many friends and family who were so supportive and visited Judy faithfully during the past five months, especially Pastor Joyce Capp Also the ER and other doctors and staff at Rivers Edge Hospital in St. Peter, ISJ Hospital and staff in Mankato, Mayo Doctors and staff at St. Marys Hospital in Rochester, staff at Benedictine Living Center St. Peter and also Mayo Hospice Mankato

To order memorial trees or send flowers to the family in memory of Judy Hanson, please visit our flower store.