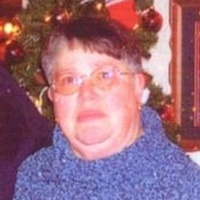 Sandra Jeanne Smith (Hoyt) of Milaca, MN, formally from St. Peter and Mankato passed away on March 4, 2012 after a short illness surrounded by family and friends. Sandra was born April 4, 1944 in Ames, Iowa to Richard and Marnie Hoyt.

Funeral service will be held at 11:00 am on Friday, March 9, 2012 at Trinity Lutheran Church in St. Peter with Rev. Eric Natwick officiating. Private family burial will be at Cleveland Lutheran Cemetery, Cleveland. Visitation will be from 4- 7 pm on Thursday at St. Peter Funeral Home and will continue one hour prior to the service at the church Friday.
To order memorial trees or send flowers to the family in memory of Sandra J Smith, please visit our flower store.