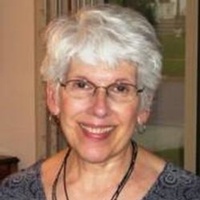 Nancy Jean (McCarthy) Schaus, age 71 of St. Peter died on April 21, 2012 at the Benedictine Living Community after a long and courageous struggle with Parkinson's Disease.

Mass of Christian Burial will be held at 2:00 pm on Thursday, April 26, 2012 at St. Peter Catholic Church with Fr. Phil Shotzko officiating. Burial will be in Calvary Cemetery, St. Peter, Minnesota. Visitation will be held on Wednesday from 4:00 - 7:00 pm at the St. Peter Catholic Church with a prayer service at 6:30. The visitation will continue one hour prior to the funeral service. St. Peter Funeral Home " Klein Chapel is assisting the family with arrangements.

Nancy was born on June 2, 1940 in Faribault, Minnesota to Robert and Leona (Becker) Bieter. She graduated from Loyola High School of Mankato in 1958 and then graduated from St. Cloud Nursing School with her Registered Nursing degree in 1961. She was united in marriage to Ronald McCarthy, Jr. (Butch) in April, 1966 at Marysburg Catholic Church. They were blessed with four children, Ann, Mary, Mike and John and lived and farmed in the Marysburg area. Ronald died in a car accident in July, 1974 and Nancy and the children then moved to St. Peter. Nancy married Edward Schaus in August, 1990. Nancy worked at the St. Peter Community Hospital for 27 years before retiring in November of 2002. She was a member of the St. Peter Catholic Church and the Catholic Daughters. She was a talented organist and played organ for church services. Nancy had many hobbies including reading, traveling, biking, cooking, swimming, bird watching, boating, horseback riding, piano playing and attending all of her grandchildren's school and sporting events. Throughout their marriage, Nancy and Edward were able to enjoy many things including attending concerts, biking, fishing and traveling. Nancy's faith in God carried her throughout her life and even more so in recent years when her health deteriorated. Nancy's faith in God never waivered. She was a loving mother, compassionate nurse, dedicated wife and always put everyone else's needs before her own.

Nancy was preceded in death by her first husband Ronald McCarthy, Jr., her parents, Robert and Leona Bieter, her sister, Joanne Bieter and mother and father in law, Ronald and Grace McCarthy.
To order memorial trees or send flowers to the family in memory of Nancy Jean (McCarthy) Schaus, please visit our flower store.