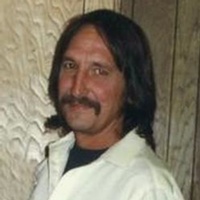 Celebration of life will be held from 11-4 p.m., Saturday, August 11, 2012 at Roadhaus in Henderson. St. Peter Funeral Home assisted the family with arrangements.

Terry Lee was born October 24, 1952 to Howard and Mary (Stangler) Krueger in St. Peter. In 1975, he was united in marriage to Gail Thurber. Terry owned his own construction business, loved his old 2 cylinder John Deeres, his Harley, fishing with his granddaughter, Victoria, and spending time with his family.

Terry was preceded in death by his mother, Mary; brother, Tom; step-father, Mylon; grandparents: Charles and Dolly and Gus and Alice; father-in-law: Larry; and best friend and cousin, Ed Ginter.

Terry's family would like to give a special thanks to the nurses and doctors of the Andreas Cancer Center, Mayo Clinic Health System, St. Mary's Hospital, Henderson Rescue Squad, LeSueur Ambulance and Mayo One.
To order memorial trees or send flowers to the family in memory of Terry Ziesmer, please visit our flower store.