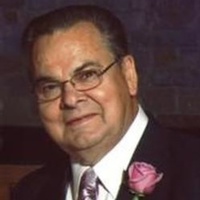 Donald was born on April 28, 1936 in St. Cloud, Minnesota. In both 1949 and 1950 he was awarded the Outstanding Newspaper Carrier Award from St. Cloud Daily Press Association. He graduated from St. Cloud Tech in 1953. Donald married Koreen Nelson on April 2, 1955. He worked construction for a few years and then moved on to a Brakeman position with Great Northern Railroad. They moved to Spicer, MN where he worked at Farness Hardware and Mortuary. In 1960 they moved to Alden, MN where he managed a hardware and appliance store. The family moved to St. Peter, MN in 1964, and Don worked at Bill's Hardware. In 1968 Don and Koreen purchased the hardware store, made it their family business, and named it Don's Ace Hardware. With the business growing, he moved the appliance portion of the business to a separate building in 1979 and named it Don's Appliance & TV.

At age 55, Don chose to retire and volunteer in the RV-MAPS ministry. Don and Koreen spent 20 years traveling around the United States building start up churches for needy communities.

He had a love and zest for life. His family and friends will greatly miss him.

One of the verses he always lived by was Proverbs 3:5 "Trust in the Lord with all your heart and lean not on your own understanding. In all your ways acknowledge him and he will direct your paths".

Funeral service will be held at 2:00 PM on Wednesday July 25th, 2012 at Jesus Assembly of God in St. Peter with burial at Greenhill Cemetery. Visitation will be held from 4:00-8:00 PM on Tuesday at St. Peter Funeral Home and will continue one hour prior to the service at the church Wednesday.
To order memorial trees or send flowers to the family in memory of Donald Leroy Neiman, please visit our flower store.