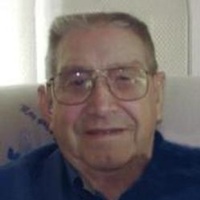 Memorial service will be held at 11:00 am on Tuesday, September 11, 2012 at First Lutheran Church in St. Peter with Rev. Don Holmstrom officiating. Burial will be at Resurrection Cemetery, St. Peter. A visitation will be from 5:00 " 7:00 pm on Monday September 10, 2012 at St. Peter Funeral Home and will continue one hour prior to the service at the church on Tuesday. Memorials may be directed toward MCHS " Mankato Hospice or the First Lutheran Church Radio Broadcast.

Carl was born on June 26, 1933 in Granada MN to Robert and Frieda (Oltman) Wiedow. He was united in marriage to Vi Jahnke in 1952. He worked in custodial and boiler operation for the St. James School District and later at Immanuel-St. Joseph's Hospital in Mankato until retirement. He was known to family and friends as the "guy who could fix anything"; was a devoted husband and a wonderful father. In 1976, he was united in marriage to Dorothy Bruns. They lived in North Mankato and attended church at First Lutheran in St. Peter. Carl enjoyed bowling, woodworking, playing cards and fishing.

To order memorial trees or send flowers to the family in memory of Carl Wiedow, please visit our flower store.