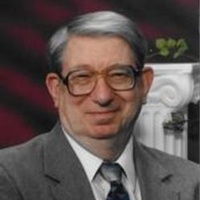 Memorial service will be held at 11:00 am on Saturday, July 16, 2011 at Bethany Alliance Church in St. Peter with Rev. Greg Emley officiating. Burial will be in Greenhill Cemetery, St. Peter. Visitation is one hour prior to the service at the church. Memorials may be directed toward the American Heart Assoc. or the American Diabetes Assoc. St. Peter Funeral Home is assisting the family with arrangements.

Everett was born in a sharecropper's cabin on November 4, 1932 in Buffalo Valley near Baxter, TN as the oldest and only son to Oakley D. and Shirley (Goolsby) Flatt. He left high school early to help support his family. He then joined the US Air Force and completed his schooling while enlisted. On June 9, 1957 he was united in marriage to Naomi Schneider in Plainview, NE. She died on July 18, 1988. He then married Judith Ann Miller on September 15, 1990 at Bethany Alliance Church in St. Peter. His working career was spent as an executive engineer with Winco before his retirement.

He was a firm follower of his Lord and Savior, Jesus Christ and he always looked for the good in everyone he met. He had a great interest in antique automobiles, but most of all he was a loving and devoted husband, father and grandfather.

He was preceded in death by his wife: Naomi; granddaughter: Dawn Bursell in June; and sister: Geneva Stephens.
To order memorial trees or send flowers to the family in memory of Everett D Flatt, please visit our flower store.