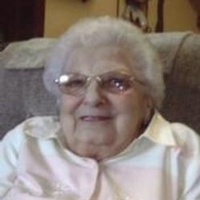 Norma was born on March 7th, 1922 to George and Clara (Tiede) Harty. Norma was united in marriage to Donald Burnett on December 24th, 1938.

A funeral service will be held at 11:00 am on Tuesday, August 16, 2011 at Trinity Lutheran Church in St. Peter with burial in Greenhill Cemetery. Visitation will be one hour prior to the service at the church. St. Peter Funeral Home is assisting the family with arrangements.

In Lieu of flowers or gifts, the family requests that you make a memorial to the charity of your choice in Normas Name.
To order memorial trees or send flowers to the family in memory of Norma H Burnett, please visit our flower store.