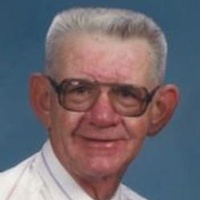 Merle A. McDonough, age 74 of St. Peter, died on Tuesday, September 27, 2011 at the Benedictine Living Community in St. Peter.

Memorial Mass will be held at 10:30 am on Saturday, October 1, 2011 at the Church of St. Peter in St. Peter with Fr. Phil Schotzko officiating. Burial will be at Calvary Cemetery, St. Peter. Visitation will be from 4:00-7:00 pm on Friday, September 30, 2011 at the St. Peter Funeral Home with a 7 pm prayer service. Visitation will continue one hour prior to the service at the church. Memorials are preferred to the American Cancer Society, Mayo Clinic Health System Palliative Care or Hospice Service.

Merle Arthur was born on June 16, 1937 in Waseca, MN to Arthur and Roxanne (Gaughn) McDonough. He graduated from Waseca High School in 1954. Merle began his truck driving career for his father before driving for other companies. He was a truck driver at heart who drove for many years over the road, then made numerous trips to Chicago. A man who was proud of his heritage, Merle was known as "The Irishman." After retiring, Merle enjoyed woodworking and wintering in Texas. On February 8, 1958, Merle was united in marriage to Dolores Becker at Sacred Heart Catholic Church in Waseca. For 53 years, Merle was a devoted husband to Dolores. They were blessed with five children. Merle and Dolores took their children to Round Lake Campground (Merle's Cove) for twenty-six years. They enjoyed camping, fishing, and horseback riding. He enjoyed his kids and grandkids. Merle was a loyal member Red Men's Club. He also had a special place in his heart for Paddy dog.

Merle was preceded in death by his parents and one sister, Maureen Proechel.
To order memorial trees or send flowers to the family in memory of Merle A McDonough, please visit our flower store.