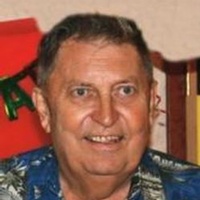 Funeral service will be held at 11:00 am on Monday, October 24, 2011 at St. Peter Evangelical Lutheran Church in St. Peter with Rev. Charles Degner officiating. Burial will be at Greenhill Cemetery, St. Peter. Visitation will be from 4:00 " 7:00 pm on Sunday at the church and will continue one hour prior to the service Monday. St. Peter Funeral Home is assisting the family with arrangements.

Dave was born on September 7, 1940 in St. Peter to Willis and Linnea (Lindberg) Lind. He was baptized and confirmed at Scandian Grove Lutheran Church in Norseland. He attended school in Norseland and St. Peter, graduating from St. Peter High School in 1958. He later joined the MN Army National Guard and was honorably discharged after his service. Dave was united in marriage to Marlene Schultz on July 20, 1968 at St. Peter Evangelical Lutheran Church in St. Peter. They made their home in St. Peter and Dave worked at the Traverse Elevator from 1966 until retiring as manager in 1992. He then worked for both Davisco and Corporate Graphics. He was a member of St. Peter Evangelical Lutheran serving as an usher and former member of the church council. He was also a member of the St. Peter American Legion. Dave enjoyed all sports from high school to professional, coffee with friends, traveling, a good game of cards and most importantly, family.

He was preceded in death by his parents and sister-in-law and brother-in-law Lorna and Gordie Quiram.
To order memorial trees or send flowers to the family in memory of David Lind, please visit our flower store.