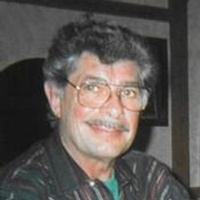 David was born September 18, 1935 to Sydney and Mildred (Hill) Poncin in St. Peter, MN. He graduated from St. Peter High School and attended one year of Vo-Tech Schooling. David was in the U.S. Army serving in Korea for two years. He was employed as a truck driver for Cotter Company out of Mankato. David was a lifetime member of the Legion and a member of the VFW and Redman Club. He enjoyed motorcycles, hunting, bird-watching and scenic drives.

David was preceded in death by his parents and one brother, Gary Poncin. Dave thought this was a "Wonderful World".
To order memorial trees or send flowers to the family in memory of David L Poncin, please visit our flower store.