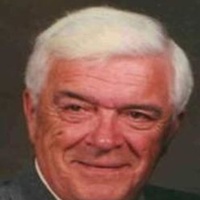 Memorial service will be held at 2:00pm on Monday, January 23, 2012 at Trinity Lutheran Church in St. Peter with Rev. Charles Christensen officiating. A private Burial will be at Woodlawn Cemetery at a later date. Visitation will be one hour prior to the service at the church. St. Peter Funeral Home is assisting the family with arrangements.

Ray was born on April 23, 1927 to Ray E. and Cecelia (Zueg) Olson in Dovray, MN. He attended various elementary schools as the family moved and graduated from St. Peter High School in 1945. He served with the US Army Occupation Forces in Berlin, Germany from 1945-1946. He was united in marriage to Dorothy L. Orn on June 11, 1950, in Rush City, MN. He attended Mankato State University, graduating in 1952 with a Business Major. Ray worked for his father at the Olson's Drive-In Market in St. Peter until 1959 when he joined William MacKenzie Accounting Firm as a Licensed Public Accountant. He continued in public accounting in partnership with Kay MacKenzie (Olson & MacKenzie) and then with his son Kevin (Olson & Olson) until his retirement in 1994. During his active years, he served two terms as Trinity Lutheran Church Trustee, president of the St .Peter Lions Club, member of the MN Association of Public Accountants, American Legion Post 37, VFW Post 1220, St. Peter Chamber of Commerce and Ambassadors, and president and director of the Shoreland Country Club. Ray's most recent honor was receiving the Lions Club Melvin Jones Fellow award.

He was preceded in death by his parents; Step-Mother Ethel (Holteen) Olson; Sister-In-Law Elaine Anderson; Brothers-In-Laws Axel Anderson and Norman Orn; many Aunts and Uncles.

Memorials are preferred to the Sight and Hearing programs of the Lions Club International Foundation. (www.lcif.org)
To order memorial trees or send flowers to the family in memory of Ray C Olson, please visit our flower store.