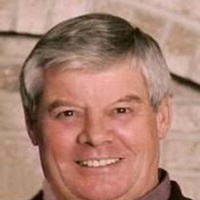 Mass of Christian Burial will be held at 11:00 am on Wednesday, January 18, 2012 at the Church of St. Peter in St. Peter with Fr. Phil Schotzko officiating. Burial will be at Calvary Cemetery, St. Peter. Visitation will be held from, 4:00 " 7:00 pm on Tuesday, January 17th at the church with a prayer service at 6:30 pm. Visitation will continue one hour prior to the service at the church on Wednesday. St. Peter funeral home is assisting with arrangements.

Jim was born on June 20, 1938 at the family home in Mankato, MN, to Arthur and Charlotte (Decker) Honetschlager. On September 17, 1956, he married his sweetheart Carol (Robinson) in Mankato. While raising their young family together, Jim earned his GED and worked a variety of jobs, including gardening for Clark Gable, making award-winning butter, and as a meter technician for the City of St. Peter for over 31 years. Jim was an ardent hobbyist, perpetually in motion, from racing stockcars, to crafting beautiful woodwork, and always ready with the right tools to volunteer his handyman skills. Jim and Carol imagined and built their dream home in 1989, and filled Honetschlager's Hidden Point on Lake Jefferson with laughter and memories for many happy years.