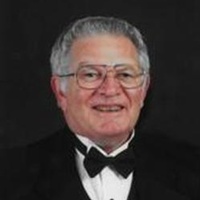 Funeral Service will be held at 10:30 a.m., Saturday, March 5, 2011 at Union Presbyterian Church with Rev. Chris Conlon officiating. Burial will be in Woodlawn Cemetery. Visitation will be held from 4-7 p.m., Friday, March 4, 2011 at St. Peter Funeral Home and will continue one hour prior to the service at the church. Memorials are preferred to the Barbershop Harmony Foundation.

Jerome Keith was born November 15, 1934 to James and Bernice (Davis) Hawbaker in Fort Madison, Iowa. He graduated from Olds High School, Olds, IA in 1952, was a member of the Boy Scout of America and attended Iowa Wesleyan College where he was a member of Phi Delta Theta Fraternity.

Jerry also served in the Land of Lakes Barbershop District as District VP 1995-1996, District Secretary 1997-98; City Council Member from 1994-95; served five consecutive terms as Mayor of St. Peter 1996-2005 and was employed by Cargill, Inc. for 36 years. He served on the boards of the Salvation Army and Region Nine Development. Jerry was a member of Union Presbyterian Church and the church choir.

Jerry was preceded in death by his parents Bernice (Davis) and James Hawbaker; son, Rand and; daughters, Joan and Beth.
To order memorial trees or send flowers to the family in memory of Jerry K Hawbaker, please visit our flower store.