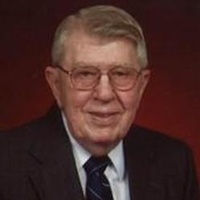 Funeral service will be held at 1:00 p.m. on Friday, May 10, 2013 at Norseland Lutheran Church with Rev. Craig Ferkenstad officiating. Visitation will take place from 4-7:00 p.m. on Thursday, May 9, 2013 at St. Peter Funeral Home-Klein Chapel. Burial will be in the church cemetery.

He was united in marriage to Valoria Decko on January 18, 1958 at Norseland Lutheran Church.

Elroy graduated from St. Peter High School and proudly served in the US Army from April 1955 until 1956. He then began farming on the family farm.

Elroy worked for Nicollet Soil and Water Conservation for 28 years until he retired in 1995. He was a member of Norseland Lutheran Church where he served on the board.

He is survived by his wife, Valoria Johnson; brothers: Larry (Janice) Johnson and Tim (Bev) Johnson; sisters: Lois Overson and Sandy Alt; sister and brother-in-law, Joyce (Brian) Miller; and many nieces and nephews.

To order memorial trees or send flowers to the family in memory of Elroy H Johnson Jr., please visit our flower store.