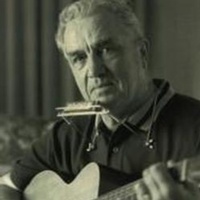 A memorial service will be held at 4:00 p.m., Friday, April 11, 2014 at St. Peter Evangelical Lutheran Church in St. Peter with Pastor Matthew Rauh officiating. Visitation will be one hour prior to the service at the church. Private family burial will be at Greenhill Cemetery, St. Peter. In lieu of flowers, memorials may be directed to the church or the American Legion. St. Peter Funeral Home ~Klein Chapel assisted with arrangements.

Arthur was born on March 14, 1921 in Flint MI to Gertrude Engesser and Arthur Glass. He later attended Gustavus Adolphus College where he majored in Biology, Education and German. He graduated in 1943 and then served as a 1st Lieutenant in the Marine Corps during WWII. On May 19, 1946 he was united in marriage to Gladys Gulden. He then attended the University of Minnesota receiving his M.A. in 1948 and his Ph.D in 1953. He was then selected out of 168 applicants to teach Genetics, Zoology, Human Form and Function, and Statistics at Gustavus in 1953. He continued to teach there until retiring in June of 1986.

While living in St. Peter, Arthur was involved in many community services including: chairman of the St. Peter Planning Commission, head of the Youth Hockey Program, teacher in the Omnibus Reading Program, member of the American Legion and VFW, president of the Last Man's Club and a volunteer for Meals on Wheels. He was on the church council at St. Peter Evangelical Lutheran Church and was a church historian, greeter and friendly visitor.

Arthur had interests in the Civil War, Folk music, creating cartoons, history of the Engesser Brewery and Circus, camping, fishing, bicycling, cross country skiing, and playing the banjo, harmonica and guitar. He lived by the motto " Opportunity to grow; continue to learn", and had a great love for his family and God.

Left to remember his are his wife of 67 years, Gladys; children: Sherry (Bernie Lacher), Jeff (Janet), Cindy Hovgaard and Tracy (Carol); 7 grandchildren: Melissa, Abra, Jason, Jessie, Katie, Jaime and Ellie; 4 great grandchildren: Mark, Karle Felicity and Vaughn. He was preceded in death by his parents, 3 sisters and a son in law, Michael Hovgaard.
To order memorial trees or send flowers to the family in memory of Arthur W Glass, please visit our flower store.