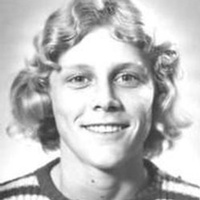 Memorial service will be held at 2:00 pm on Saturday, May 17, 2014 at Trinity Lutheran Church in St. Peter. Visitation will be one hour prior to the service at the church. St. Peter Funeral Home is assisting the family with arrangements. In lieu of flowers, memorial gifts may be directed toward Horizon Homes of Mankato, MRCI of Mankato, and National Alliance on Mental Illness or the Benedictine Living Community of St. Peter.

Stephen Conrad was born on August 30, 1954 in Windom, MN. At age 4, his parents, Rev. Robert and Ann Maland went to Brazil to do Missionary work for the Lutheran Church. Steve attended public schools in Brazil and did well academically. At age 16, Steve spent 2 years at the American School (EAC) in Campinas, Brazil. While there, Steve played soccer and enjoyed the company of many friends. He then returned to the US and attended Golden Valley Lutheran College.

During this time, Steve began to struggle with what was later diagnosed as schizophrenia. Steve lived at Horizon Homes in Mankato since 1987. He had a variety of jobs, including assembly work, packaging, housekeeping services, etc. all under the supervision of MRCI.

Steve had a keen interest in sports, and read the daily sport pages to follow football, baseball and international soccer. He also watched most of the Vikings and Twins games. He found great comfort from reading the Bible; one verse which Steve loved to quote came from I Thessalonians 5:18 "In everything give thanks..."

The family wishes to give special thanks to Minnesota legislators and the NAMI association who work passionately to help promote mental health, and to the compassionate care given by workers at Horizon Homes, MRCI and the Benedictine Living Community.

Steve is survived by his mother, Ann, of St. Peter; two sisters: Katherine (Leif) Andersen of Sarasota FL and Debra of St. Peter; two brothers: Peter (Michelle) of Osprey FL and Daniel (Camey) of Madison MN; sister-in-law Beth (Tim) Maland, of Egan, MN and many nieces and nephews. He was preceded in death by his father, Rev. Robert Maland, sister Carla, and brother, Rev. Timothy Maland.
To order memorial trees or send flowers to the family in memory of Stephen C Maland, please visit our flower store.