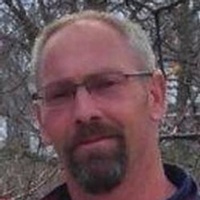 Visitation will be held from 1-4 p.m., Sunday, June 8, 2014 at the St. Peter Funeral Home and will continue from 9-10 a.m., Monday at the Funeral Home with closing of the casket and prayers at 10:00 a.m. Interment will follow in Calvary Cemetery, St. Peter, MN. Memorials may be given for an Education Fund for his children.

Chris was born May 14, 1975 to Gerard B. and Katherine M. (Scheurer) Kurth in St. Peter. He graduated from St. Peter High School in 1994. Chris was employed by the State of Minnesota with the MSOP Program and at the St. Peter Regional Treatment Center. Previous to that he owned Kurth Siding. Chris was a former Cub and Boy Scout. He enjoyed being a part-time farmer, a general contractor, spending time in the wilderness with fishing, hunting, hiking, kayaking, camping: "Hooty-Hoot Chris!", playing softball, and as someone who was always there to help his friends. Most of all he enjoyed spending time with his boys "they were his world".

Chris was preceded in death by his father, Gerard "Jerry" in 1997; his niece, Isabelle Kurth Leal; and his paternal grandparents, Walter and Lorraine Kurth
To order memorial trees or send flowers to the family in memory of Christopher D Kurth, please visit our flower store.