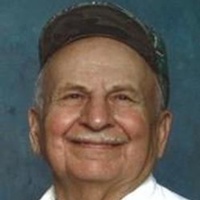 William "Bill" was born on December 5, 1931 in Sibley County to August and Lillian (Dietz) Witzany. He attended Country School in Sibley County through the 8th grade. On March 19, 1971 Bill was united in marriage to Elizabeth Erickson at the Cleveland Catholic Church. Bill farmed his entire life, taking over the family farm. He also owned and operated a saw mill and operated the saw mill at Pioneer Power. Bill enjoyed having coffee with friends every day and spending time with his grandchildren. He also enjoyed going to Threshing Shows with Betty and rebuilding old tractors.

Bill is survived by his wife, Betty of Le Sueur; son, Bill (Tammy) of St. Peter; grandchildren, Jacob, Lucas, and Colton; and sister, Winifred Witzany. He was preceded in death by his parents and two infant brothers.

To order memorial trees or send flowers to the family in memory of William Witzany, please visit our flower store.