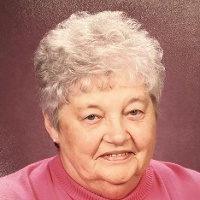 Mass of Christian Burial will be 11:00a.m., Thursday, August 22, 2019 at the Church of St. Peter with visitation starting at 9:00 a.m. until the time of the service. Burial will at Calvary Cemetery in St. Peter.

Carol was born December 18, 1931 to Mortie and Lydia (Bohlen) Carter in St. Peter. She graduated from St. Peter High School. On October 1, 1955, Carol married Willard “Spike” Leonard in St. Peter. Together, they raised six children, Steven, Patti, David, Thomas, Lori, and Scott. Carol was a member of the Church of St. Peter.

Carol was the Switchboard Operator at the St. Peter Regional Treatment Center for 25 years. She loved being the first person employees would see as they came to work every day and took pride in her job. She made many people smile every day. In her free time, Carol enjoyed playing cards, bingo, working on the funeral committee at the Church of St. Peter, and was a caring and dedicated grandmother. She will be greatly missed.

She was preceded in death by her parents; husband, Spike in 1976; son, Scott in 1993; sister, Janet; and brothers, Robert and Roland.

To order memorial trees or send flowers to the family in memory of Carol Ann Leonard, please visit our flower store.