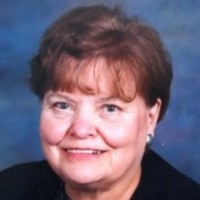 Carolyn Laverne Thomas was born on May 15, 1929 in Fairmont, Minnesota, to Rev. William Robert Thomas II and Essie D. (Friend) Thomas, the third of five children.  During her childhood, the family moved to Brainerd, Minnesota and then to Maple Grove, Minnesota where she graduated from Osseo High School in 1947.  On October 3, 1948 Carolyn married Warren Ferris Reeck of Paynesville, Minnesota.  They farmed north of Paynesville on the Reeck family farms in the Salem Church community until Warren’s death on April 20, 1990.  They had five children.  Carolyn continued to live on the farm until 2015 when she moved to Saint Peter, Minnesota.

She was the first woman president of the Paynesville Lutheran Church congregation, sang in the choir and taught catechism.  Following Warren’s death, she became Clerk of Zion Township until 2013, where their home served as the township meeting place just as it had a generation before. She was active in Democratic Farmer Labor politics at both the local and state level.  During the Farm Crisis of the 1980s, she marched with both Paul Wellstone and Jessie Jackson.  The Farm/Rural Crisis Hotline, was answered in her kitchen.  Carolyn was devoted to her family and many friends, and loved to bake & entertain.  The fun loving North of Town Birthday Bunch, community women friends for more than six decades, would serenade each other before dawn on their birthdays.  She loved to play Scrabble and often won with stunning scores.  Her grandchildren & great-grandchildren meant the world to her, and they, in turn, loved the excitement of being with her at the farm.

She was preceded in death by her parents, her husband Warren, her brother David Thomas, her sister and brother-in-law Margaret (Dr. Ernest) Simard, sister-in-law Katherine Thomas, all of her husband’s family, and grandson Nathan Reeck.

Carolyn appreciated and her family are grateful for the excellent caregivers, medical and support staff of the Benedictine Living Center of Saint Peter, Minnesota.  Private burial.  Memorial service to be held at a future date due to current global pandemic.

To order memorial trees or send flowers to the family in memory of Carolyn T. Reeck, please visit our flower store.