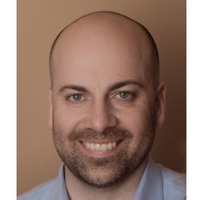 A celebration of life for Cole will be 11:00am Saturday, May 22, 2021 at the Catholic Church of St. Peter with Rev. Bill Nelsen, of First Lutheran Church, officiating. Visitation will be from 10:30 until the start of the service. Memorials graciously accepted to an account for the children through Affinity Bank.  St. Peter Funeral home is assisting the family with arrangements.

Cole Tyler Turrittin, age 36 of St. Peter, loving husband and dedicated dad, was called to heaven on May 19, 2020 after a heroic fight against a rare and aggressive cancer. Diagnosed with Pancreatic Neuroendocrine cancer only a year ago, Cole accepted his fate with grace and optimism.

Cole is a 5th generation St. Peter man. He grew up on the family farm where he spent his days playing in the woods and cultivating his love for adventure. He graduated from St. Peter High School in 2002 and went on to Mankato State University to earn his Bachelor’s degree in Urban and Regional Studies. In addition to working at the St. Peter Treatment Center for many years, Cole committed his time to community involvement. He was proud of his membership as a Mankato Mason, and he served on the board of directors with the St. Peter Co-op as well as the Planning and Zoning board with the City of St. Peter.

On May 31, 2008, Cole married his high school crush, Liza Rodning. He and Liza shared a storybook love that may have elicited an eye roll or two (in jest, of course), and most certainly, admiration. Cole had a lot of love in his heart, as he convinced Liza they should have five kids. It wasn’t long before the two became seven; four girls and finally, a boy. He was the best “girl dad” around, often joking he couldn’t leave the house without wearing glitter somewhere on his body. He and Liza loved taking the family on adventures, whether it was hiking in the Black Hills (picture both Liza and Cole each wearing a kid carrier while pushing a stroller with a baby, and a six-year old walking alongside), or packing up the car and leaving for a road trip to Florida in the middle of the night with four kids plus a newborn. Cole loved taking the girls kayaking and fishing, and he never missed a daddy daughter dance at the St. Peter Community Center. He was an avid reader - hungry to learn as much as he could - and he loved to share bits of trivia with the girls, who in turn enjoy sharing with others what they learned from Dad. Best of all, Cole was a self-proclaimed graduate of “snuggle school,” as all the kids loved sneaking into his side of the bed for Daddy snuggles.

Ever the high achiever and lifelong learner, Cole earned his MBA from the Carlson School of Management in 2018. He surely was the only student studying while surrounded by his four kids and one on the way! Despite the distractions, he still graduated at the top of his class.

As Cole lay in the ICU coming off multi-organ failure in February, he wanted to make it clear that he had “a lot of life to live.”  He saw the positive in everything. Therefore, rather than dwell in his absence, Cole would want us to find joy in a life well-lived.

Cole’s spirit will live on through his wife, Liza, and their 5 children: Andinia (10), Viviana (9), Eleanora (6), Helena (4), and Olin (2); his parents, Chip and Barb Turrittin; father-in-law and mother-in-law, Jim and Michelle Rodning; sister-in-law, Jessica Rodning; brother-in-law, Jeremy Rodning; and countless other relatives and friends.

He was reunited in heaven with his older brother Jesse.

To order memorial trees or send flowers to the family in memory of Cole Tyler Turrittin, please visit our flower store.