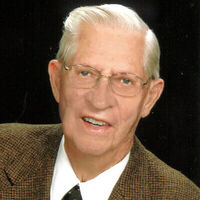 Dale was born March 6, 1929, on a farm in Lyon County, Iowa, to Herman Haack and Anna (Kruger) Haack.  Dale’s parents, with their six children, lived on rental farms until they purchased their own farm near Ocheyedan, Iowa.  Dale attended a one room country school and Ocheyedan high school. He graduated in May of 1947.  He was employed by a building contractor.  He was drafted into the army on February 9, 1951, serving as a combat engineer until being discharged on February 9, 1953. He returned to Ocheyedan and back to work for the building contractor, who specialized in church buildings over a three-state area.

In Canby, MN., Dale met his future wife, Barbara Maier. They were married on April 8, 1956.  After building a church in Cottonwood, MN the decision was made to enroll in engineering at SD State University in Brookings. Graduating in 1962, he worked as project engineer on Interstate Hwy. 29 at Vermillion, SD. And then with a consulting firm in Fargo, ND. He then accepted a position at the University of Minnesota Morris as physical plant director. He was promoted to higher positions at the St. Paul and Minneapolis campuses.  He and his wife and four children moved to St. Peter on June 1, 1973, when he became director of buildings and grounds at Gustavus Adolphus College. He retired on May 31, 1992.

Dale was a member of First Lutheran Church in St. Peter where he served on the church council and the Arboretum at Gustavus Adolphus College. He designed the entrance sign to Resurrection Cemetery and the arboretum kiosk at Gustavus.

Dale enjoyed fishing in northern Minnesota. He could still filet a fish in 3 minutes, even into his late 80’s. He looked forward to family vacations in Banff and Jasper, Canada. He built bluebird houses that he gave away to colleges and individuals. He enjoyed planting trees and vines. Dale had great timing and delivery when it came to telling a joke. He was a toastmaster and an avid reader.

He was preceded in death by his son, Glen Haack; parents; four sisters; and one brother.

A Memorial Service will be held on Saturday, May 7, 2022 at 11:00 a.m. at First Lutheran Church, St. Peter.  Visitation will be held one hour prior to the service at the church.  Interment will be in Resurrection Cemetery.  Memorials are preferred to the Arboretum at Gustavus Adolphus College.

The live stream link below is a complimentary service provided by St. Peter Funeral Home.

To order memorial trees or send flowers to the family in memory of Dale August Haack, please visit our flower store.