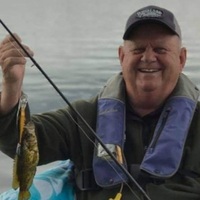 Duane “Buzz” Gerald Sunderman, passed away peacefully on Wednesday October 6, 2021 with family by his side after a short illness.

Duane was born June 3, 1939 at his Grandparents home in Mankato, MN to Raymond and Esther (Case) Sunderman. He was the youngest of the 4 children.

He was baptized, confirmed and a member of the Le Sueur Methodist Church until moving to St. Peter.

He grew up on his family’s dairy farm east of Le Sueur where he farmed with his family until 1972. He attended school in Le Sueur and graduated from Le Sueur High School in 1957 and went on to study agriculture at the U of M in St. Paul.

In October of 1959, he married Jeanette Huttner of Minneapolis. They had 5 children together. They later divorced. Duane worked for the City of Le Sueur Street Department from 1973-2003. In 1982 he married Louise Rischmiller.  Together they fulfilled their dream of opening an elderly assisted living, Leisure Cottage in Le Sueur which they ran for 26 years. In 1994 they sold their home in Le Sueur and moved to Lake Washington. Many wonderful memories were made at their lake home. In 2007 they sold their business and retired. In 2012 they sold the lake home and moved in to their townhome in St. Peter. After Louise’s passing in 2015, Duane continued to stay at their home.

In March of 2017 Duane was united with Ruth Stocker where they exchanged vows at their home.

Saying he loved to hunt and fish was an understatement. He also loved traveling, spending time with family & friends, gardening, and playing cards. He was an active member of the Masons and HoHo Shriners club. He enjoyed driving his little red corvette in many parades around the area.

A Celebration of Life will be held Sunday October 24 at 11:30 am at Johnson Hall (Nicollet County Fairgrounds), St. Peter, MN. A private family gravesite burial will take place after the Celebration of life. Memorials are preferred to donor’s choice.

To order memorial trees or send flowers to the family in memory of Duane “Buzz” Gerald Sunderman, please visit our flower store.