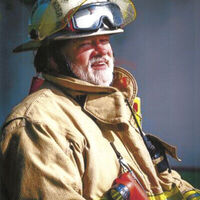 Glenn Allen Beer was born to Anthony Ludwic Beer, Jr. and Virginia Mae (Davis) Beer on October 24, 1955 at Saint Peter Hospital.  Glenn grew up with one older brother, Gerald Anthony Beer, ‘Jerry’, who died in a car accident with his fiancé in April of 1982.

Glenn attended Cleveland Public School and graduated in 1974.  He met the love of his life, Linda Marie Queen, on a blind date when he was 17 years old.  They were married at Ss. Peter and Paul Catholic Church in Mankato on October 16, 1976.  Glenn and Linda moved to Cleveland where they lived on Cherry Street for 45 years.  Together they had two children.  Joseph John was born on December 22, 1980, and Melissa Rose was born on March 18, 1983.  Melissa shared a birthday with her grandpa ‘Duke’ Queen.  Glenn loved being a father and was fiercely protective, grateful, and proud of his beautiful family.

Glenn was always quick with a smile and had a huge heart for his beloved City of Cleveland and the countless friends and families he loved.  Glenn worked his entire career as the ‘City Guy’ and knew every detail about maintaining services and infrastructure for his community.  He held several professional licenses, was awarded Wastewater Operator of the Year in MN multiple times, and oversaw countless projects.  His planning expertise played part in construction of multiple school additions, water and wastewater improvements, creation of Cherry Creek Park, design and construction of the Fire Hall, and several new subdivisions.  When Glenn retired he felt strongly about continuing to serve his community, and participated as an active member of City Council until his death.

Following in the footsteps of his father, Glenn served on the Cleveland Fire Department for 42 years.  During that time he was part of every new truck committee and watched the department expand from 2 stalls with 4 trucks to a much larger department with custom equipment including new trucks, boats, and ATVs.  Glenn started the charitable gaming program for the department in 1989 and served as the gambling manager until 2019.  Millions of dollars from the program went to support fire and rescue equipment, student scholarships, and community events.

Glenn had a special knack for engineering and mechanics.  He was a man of many vehicles, including motorcycles, ATVs, boats, snowmobiles, ice castles, campers, and many cars and trucks.  Glenn’s first car was a white 1969 Dodge Charger.  His first new truck was a Green 1976 Ford F150, which was later transformed into a custom ‘Dune Buggy’.  Glenn was also the person you called when planning a project, were stuck in a project, or just needed a hand.  He had an exceptional ability to look at something and understand immediately how it worked and how to fix it.

Glenn loved gadgetry.  If there were dials/buttons/switches, he fiddled with them all.  If something had a feature, the switch would be turned on and set at max. Glenn got tremendous satisfaction from field-testing “As Seen on TV” items and inventing items of his own.  When you arrived at Cherry Street, it was always exciting to find out the latest project, invention, or ideas that were underway (inventions to help with ice fishing, deer hunting, yard work, keeping the squirrels out of the bird feeders, building a better mouse trap, putting the tracks on the Polaris Ranger….). Glenn had the ultimate odditity/curiosity shop of tools and resources and was always glad to share tools and know-how with friends, family, and neighbors.

Glenn is the reigning backyard cannonball champion, a title he has held for 32 consecutive years.  His diving board skills and love for teaching children to swim will be remembered forever.  He hosted countless BBQs and gatherings in the back yard oasis he and Linda created. Glenn and Linda started a weaving business together and Glenn was an enthusiastic weaving instructor at LeSueur County Pioneer Power each year.  He was also passionate about his maple syrup operation, and each spring would work around the clock to collect sap from the woods and carefully cook it to perfection.

Of all the things Glenn will be remembered for, perhaps the greatest gift is the size of his heart and comfort and joy of his smile.  Everyone who met him was blessed by his compassion, quick wit, and endless joy and generosity.  His family is so proud of the man he was and takes great joy imagining the morning coffee conversations and him getting dealt into card games with family and friends in heaven.

Glenn is preceded in death by his parents, Anthony (2007) and Virginia (2013), Brother Gerald (1982), and parents in law Donald (1993) and Dorothy (2017).  Glenn is survived by his wife Linda; son Joe and his wife Jenny and their children Harper and Emmett; and daughter Melissa her husband Steve and three stepchildren Malinda, Alex, and Jacob.

Funeral services for Glenn will be held at 2:30pm on Tuesday, May 31st at Church of the Nativity in Cleveland, with visitation one hour prior.  After the service there will be a procession to Scotch Lake Calvary Cemetery.  An open house celebration and time of fellowship will be held at the Cleveland Fire Hall from 4 to 7pm following interment. To watch a livestream of the service or leave a condolence for the family visit www.saintpeterfuneralhome.com.

The live stream link below is a complimentary service provided by Mankato Area Funeral Homes.

To order memorial trees or send flowers to the family in memory of Glenn A. Beer, please visit our flower store.