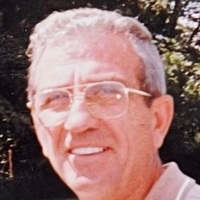 A lifelong Minnesotan, he was born to Jake and Anna (Schultz) Gallagher in Blue Earth on September 4, 1940, and raised in Albert Lea, MN, before graduating in 1958. After graduation, he served three years in the United States Navy aboard the U.S.S. Cowell in the Pacific Arena. Upon returning to Albert Lea, he fell in love and married Judy (Peterson) in December 1963; together, they had four children.

Jim enjoyed challenging himself in all ways; whether it was remodeling an entire house, owning his own businesses (retail and transportation company), he never put limitations on what he could accomplish. Even after retiring, Jim continued to find ways to keep busy by driving for Lagers of St. Peter and transporting military recruits for StarForce Transport. A loving father and grandfather, he enjoyed spending time with his family. He enjoyed attending his grandchildren's activities, restoring “classic” cars, reading, fishing, traveling to the north shore and going for walks with Judy and their dog Minnie.

A private memorial service will be held on Saturday, December 18, 2021, at the St. Peter Funeral Home. Burial will be in Resurrection Cemetery, with military honors. A recording of the service can be found with his obituary at www.saintpeterfuneralhome.com. St. Peter Funeral home is in charge of arrangements.

To order memorial trees or send flowers to the family in memory of James "Jim" Henry Gallagher, please visit our flower store.