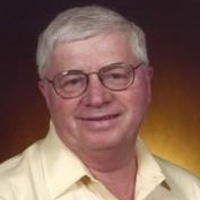 John Thomas Kluntz peacefully completed his journey home on June 15, 2019.  He was surrounded by his family on the land where he had spent a lifetime.

John was born on June 1, 1941 to Frances Ann (Nicholson) and John Ward Kluntz.  He worked on the family farm on middle Lake Jefferson his entire career & served in the United States National Guard from 1964-1969.

On June 29, 1974, John was united in marriage to Lynn Ann Sell at St. Augustine Catholic Church in St. Cloud, MN.  The couple made their life and raised their family on John's homeplace in rural Cleveland, MN.  They brought their four children to Church of the Nativity in Cleveland, and attended all of their children's school activities and events.

John was active in the Cleveland Legion Post 207, the Lions Club, Knights of Columbus, and was Cleveland Township Supervisor.

Together with his wife, John watched twelve grandchildren come into this world and grow in the love he had established for them.

He is preceded in death by his parents, John W. and Frances and his sister, Patricia.  In Lieu of flowers, memorials are preferred to Abbott Northwestern Heart Hospital and Allina Health Hospice Foundation.

To order memorial trees or send flowers to the family in memory of John T. Kluntz, please visit our flower store.

Church of the Nativity

Church of the Nativity